"You Can't Take it with You!" — What's Included in A House Sale? 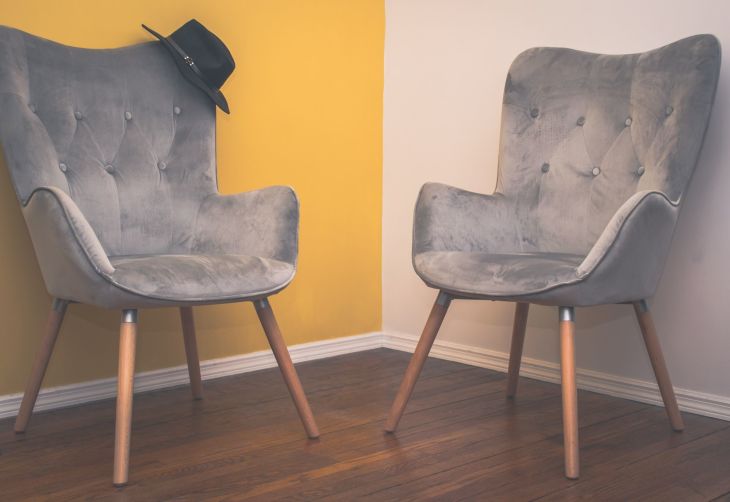 One bone of contention in many housing transactions is what is, and what isn't, included in the sale. Obviously, the property itself and the garden are included. Also obviously, family photos and the best set of china aren't.

But what about fitted kitchens, carpets, curtains, and light fittings? It's a dreadful disappointment to move into a house and find that the marvellous chandelier in the living room has disappeared, or the stylish kitchen cabinets have all gone. Where does the law leave you if the property you've bought has been stripped of all the things that made you want to buy it?

You may have seen a neat summary of the world by engineer. 100% of problems can be fixed with either duct tape or WD 40—the problem is knowing which to use. Another way of looking at it is: if you took the house, lifted it up, and tipped it out, whatever didn't fall out would be a fixture.

So, for instance, a fitted carpet that's tacked down to the floor is a fixture. It is fixed to the house. Rugs, on the other hand, are not fixed to anything, so they're chattels. If you're moving house, you can take any of your rugs, kilims and dhurries with you—but not the fitted carpets, unless you specify them in the contract.

Window coverings are also judged on whether they are actually fixed to the building. Curtain rods are fixtures. So are built-in blinds. But curtains, because you can unpin them and take them down for cleaning, are not fixtures. Those can be taken away.

Light fittings that are wired in are fixtures. So are ceiling fans. But table and floor lamps that are just plugged into a socket aren't fixed, so they're not fixtures.

Things get a bit trickier when you get to the kitchen. Built-in dishwashers, ovens, rangehoods and cooktops are fixtures, and if you buy a house these are what you'll get. But a freestanding fridge can go walkabout. And a microwave that's housed on wall brackets is not a fixture—though the wall brackets are. So unless specified differently in the contract, the purchaser could end up with a rather unsightly pair of empty brackets (that's true for wall mounted TVs as well).

Is a Tree a Fixture? Not Necessarily!

In the garden, a swimming pool together with its plumbed-in pumps and heating system is a fixture. What about trees? Not necessarily. A tree in a pot, however big it is, isn't fixed to the property, so it can take a walk when the property is sold. So can outdoor furniture (unless it's bolted to a concrete floor). A barbecue built of bricks and cement is a fixture, a mobile barbecue, however big, isn't.

It's fair enough to say, though, that while this division looks pretty solid, the law is not always completely sure. For instance, if something is fixed down simply to make it easier to use, it might still count as a chattel. For instance, if you bolt a pillar drill to a workbench to stop it vibrating, it's a chattel. If something is part of the architecture, even if it's not fixed, it stays. (For instance, in Reid v Smith, Smith tried to get away with taking two entire houses with him, on the grounds that they weren't actually fixed to the land he'd sold. He didn't win his case.)

Of course the fixtures/chattels division doesn't always reflect what a buyer wants to get or what a seller wants to take. So there's a specific provision in the sales contract reference schedule for "Excluded fixtures / Included chattels." (At least, there is in some states: check with your conveyancer. If there isn't, the contract can be varied to include particular items, but that will be the subject of negotiation between buyer and seller).

Most home buyers don't pay too much attention to the details in the contract, and that's a mistake. These particular details are quite important, and a bit of careful work now can make a huge difference later.

You could, of course, take a seller who has removed the light fittings and dishwasher to court. That would take time and a great deal of money; it's much cheaper to just buy another dishwasher. And you can't rescind the contract—unless what's been removed significantly changes the nature (and value) of the property you've agreed to buy. That might apply if the fitted kitchen, light fittings, and cupboards had all been removed, and the property had been damaged in the process, but it certainly isn't going to apply if you just want those pretty flowered curtains back.